Distance helpers in the editor

When selecting structural elements like walls, windows, or doors you'll notice the orange distance helpers that appear. They're there to make it easier for you to make precise adjustments.

Distance helpers will also show up when you draw new structural elements and give you precise information about the length of an object or the distance to another object.

You can also enable distance helpers for furniture objects or furniture groups by first left-clicking them and then pressing the Alt-Key on your keyboard. The dimension helpers will disappear again as soon as you let go of the Alt-Key. 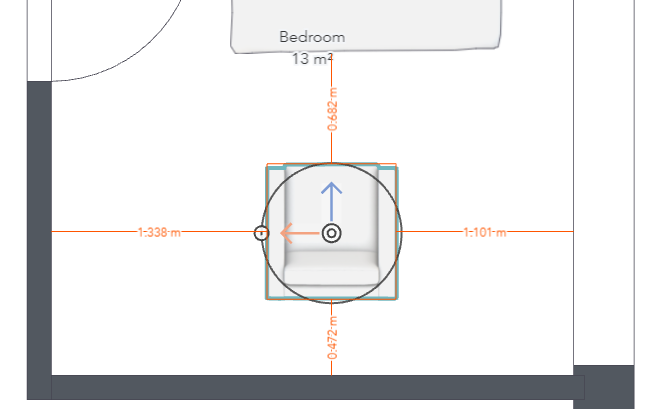